Return of the 8th Class Magician 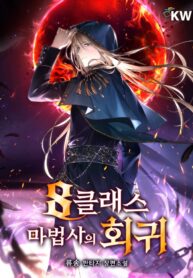 Read All The Chapters Of Return of the 8th Class Magician At mangacultivator.com

It’s been many years since I’ve bloodied my hands for the United Empire and its emperor, Ragnar. I wanted to return to my hometown and live a quiet life as if to repent for my sins.

“How could I let a monster like you stay alive?”

After being betrayed on the verge of death by Ragnar, who was my friend as well as my Emperor, He stabbed my heart with a dagger that had time magic applied to it.

“The redemption I want is to put everything back to its place.”

The Beginning After the End

Return Of The Reborn God Emperor